In 2020, French fintech is doing much better than resisting! 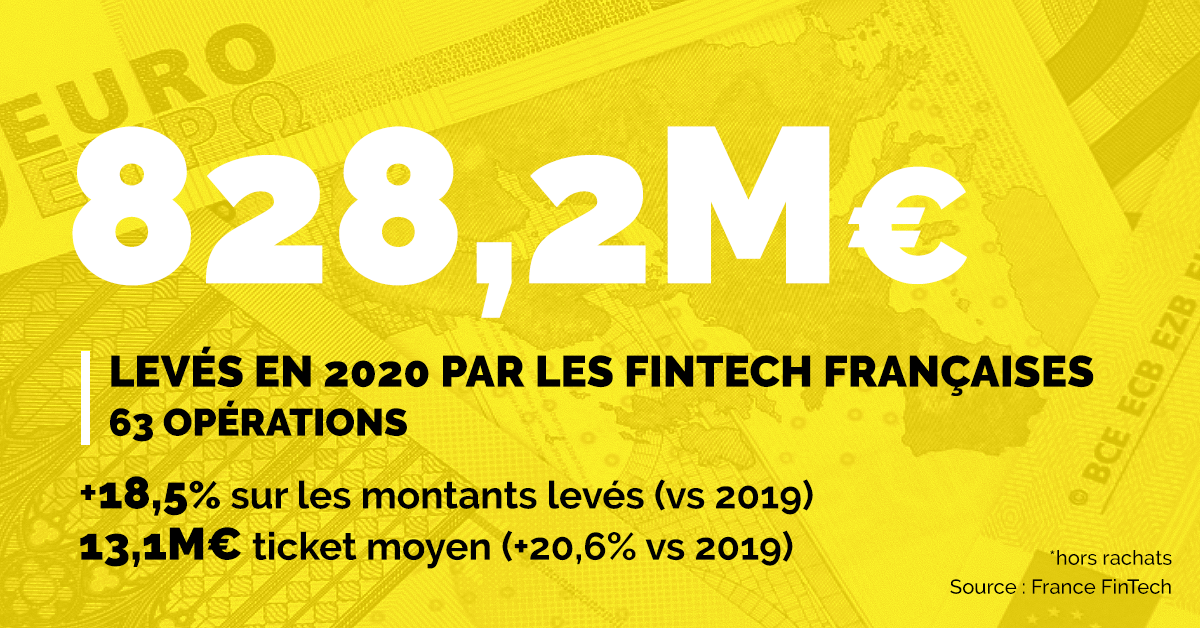 France FinTech, the professional association of French fintech, insurtech and regtech, publishes its annual barometer of fundraising. 2020 will have been a year with an atypical profile, like a global economic environment heavily impacted by the crisis generated by the coronavirus pandemic. The companies in the sector have generally resisted well and raised 828,2 million euros in 63 transactions, an increase of 18,5% compared to 2019.

The year had started vigorously with major operations like those of Qonto (neo-bank for professionals) 104 M € and Lydia (banking / PFM and payments) 40M €, both of which welcomed international investors. € 253 million were raised in the first quarter, or 36% of the total amount for 2019, as an extension of the strong growth of recent years.

From the second trimester, the movement slowed down significantly due to the consequences of the first confinement and the resulting climate of uncertainty. The gradual deconfinement has made it possible to re-establish a certain momentum with € 123,2 million raised in June. Summer and autumn were marked by the wait-and-see attitude, apart from the significant € 100 million fundraising by Dataiku (Data-driven financial decision tool) in August.

The year ends, as it started, on a very positive trend. The amounts invested in December (€ 143,9 million) are close to those of January with in particular three large-scale operations: Luko (Home insurance) € 47,5 million, Pigment (Data-driven financial decision tool) € 24,1M and Lydia, € 72M, which thus completes its funding round at the start of the year of € 40M to reach € 112M for the year as a whole, i.e. the largest Series B for a French fintech. 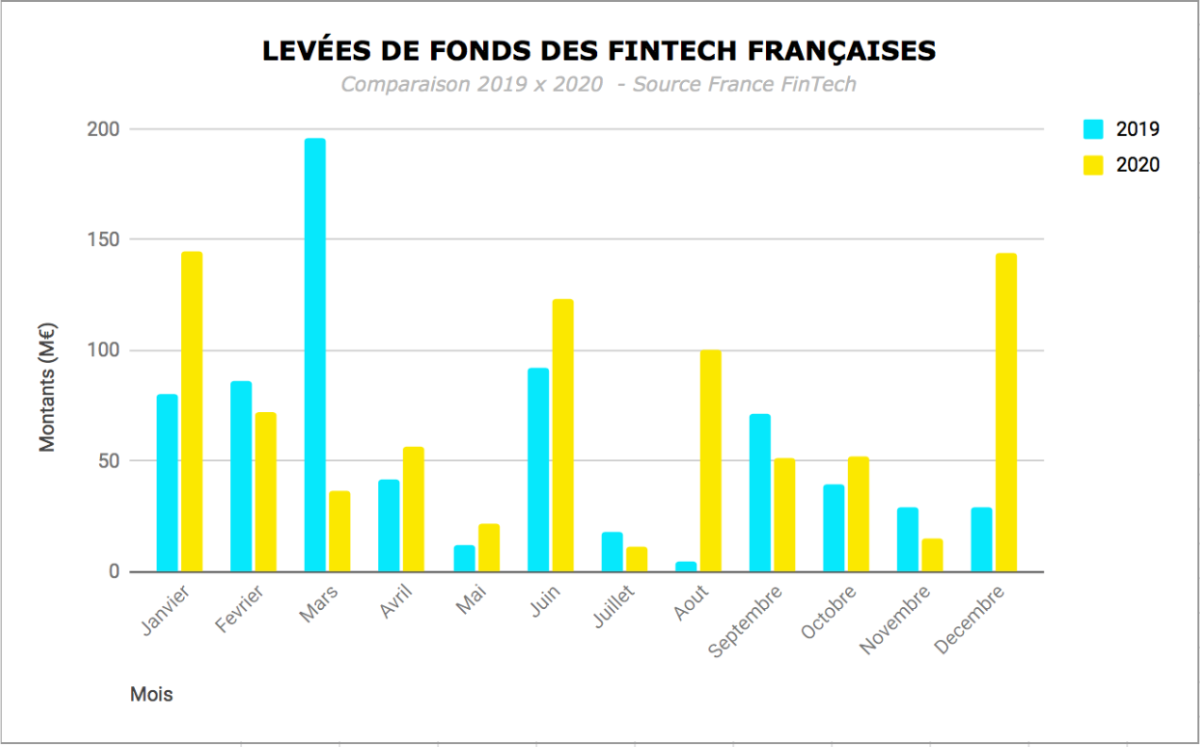 In this extremely disturbed context, French fintechs post a fine annual performance with € 828,2 million. They are clearly better than the European market (-7%) and represent an increased proportion of fundraising in the digital sector in France (15% of fundraising in 2020 against 13% in 2019).

The analysis of transactions reveals some interesting trends that confirm the maturity of the ecosystem: 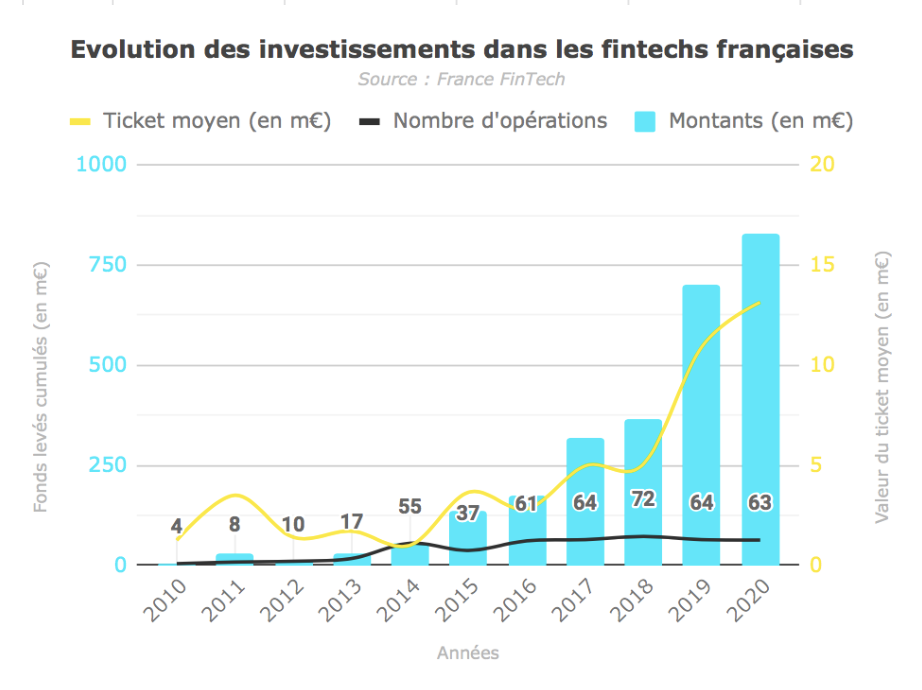 The acceleration of sectors that are already well established: 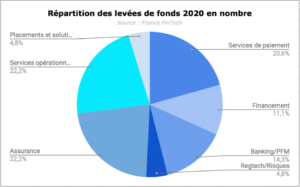 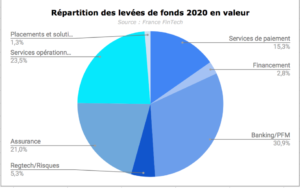 Finally, beyond this phenomenon of acceleration and emergence of leaders, vertical by vertical, certain innovative uses have appeared such as:

It is of course not possible to envisage the profile of the year 2021 at this stage, as the health and economic uncertainties are great. The fact remains that our ecosystem is approaching the new year with resolve and confidence.

CONSULT THE CP IN PDF
ABOUT FRANCE FINTECH: 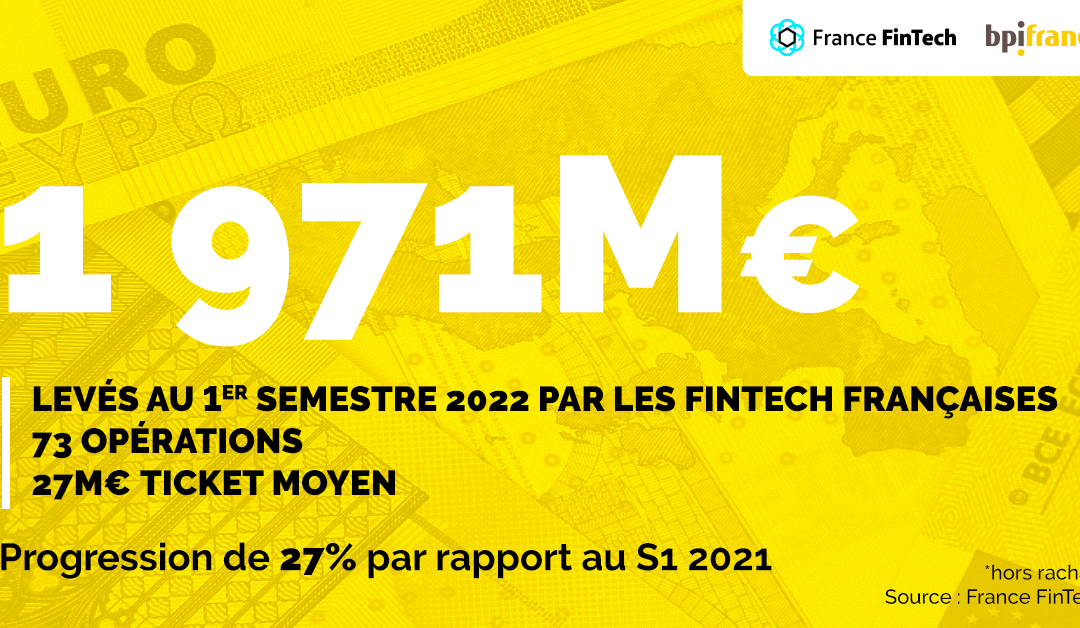