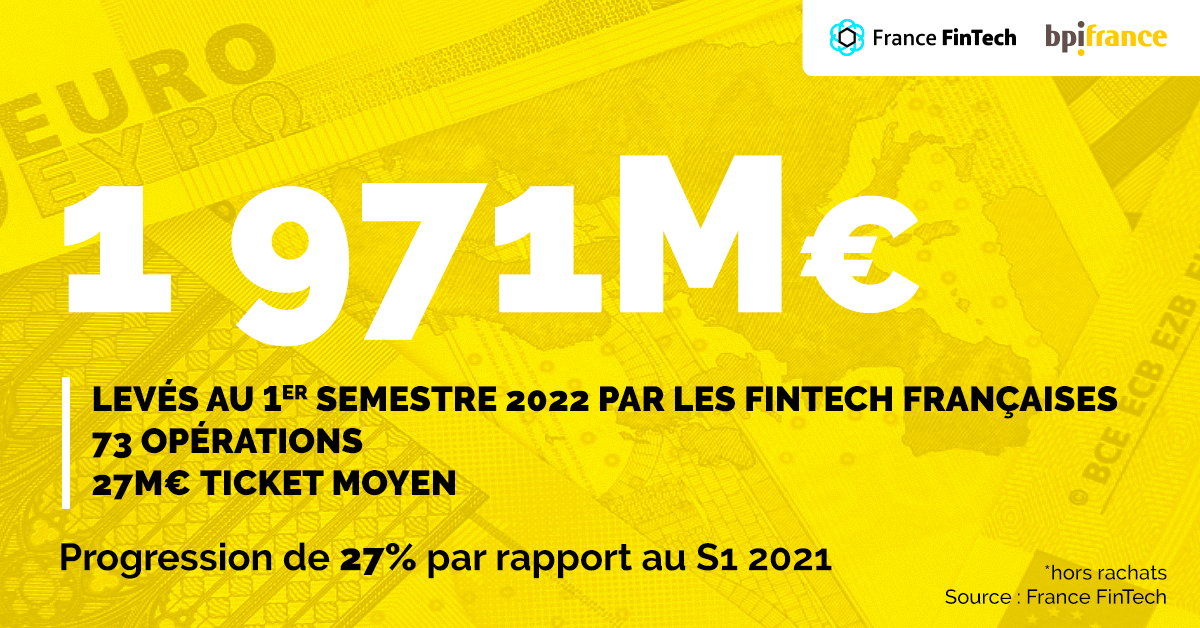 France FinTech, the professional association of French fintech, insurtech and regtech and Bpifrance, publish the biannual barometer of fundraising in the ecosystem.

They totaled nearly €2 billion in 73 operations, i.e. a growth of 27% compared to the first half of 2021. From a sector point of view, the fundraising primarily concerned:

NB: seed fund raisings are not decreasing, their number representing more than half of the operations of the semester (53%).

3 – The raisings are mainly intended to finance the acceleration

Overall, the first half of 2022 is in line with the strong acceleration trend of previous years, intense commercial and international development. The ecosystem, the leading French tech sector, now has a dense fabric of fintech, with a group of unicorns and European and international champions in many sectors (neo-bank TPE, payments, crowdfunding, consumption, crypto, insurtech, bill economy, etc.). The current hardening of the macro-economic environment makes it impossible to estimate the trend for the second half. We cannot rule out a period of procrastination among investors and entrepreneurs in the event of a significant deterioration in the global economy. Such an eventuality should not however compromise the progress of our fintechs towards international critical size and the viability of their models.

All of these topics will be covered at our big annual event, FinTech R:Evolution, whose central theme will be Crossroads and which will be held on Thursday, October 20, 2022 on the roof of the Grande Arche in La Défense.