Viva Technology et GP Bullhound unveiled their 2021 ranking of “Top 100 next unicorns ” here identifies European scale-ups with the potential to become unicorns (valuation greater than or equal to one billion dollars). This was carried out by the investment bank with the contribution of five international investment funds: Accel, Balderton, IdInvest, Partech and NorthZone. 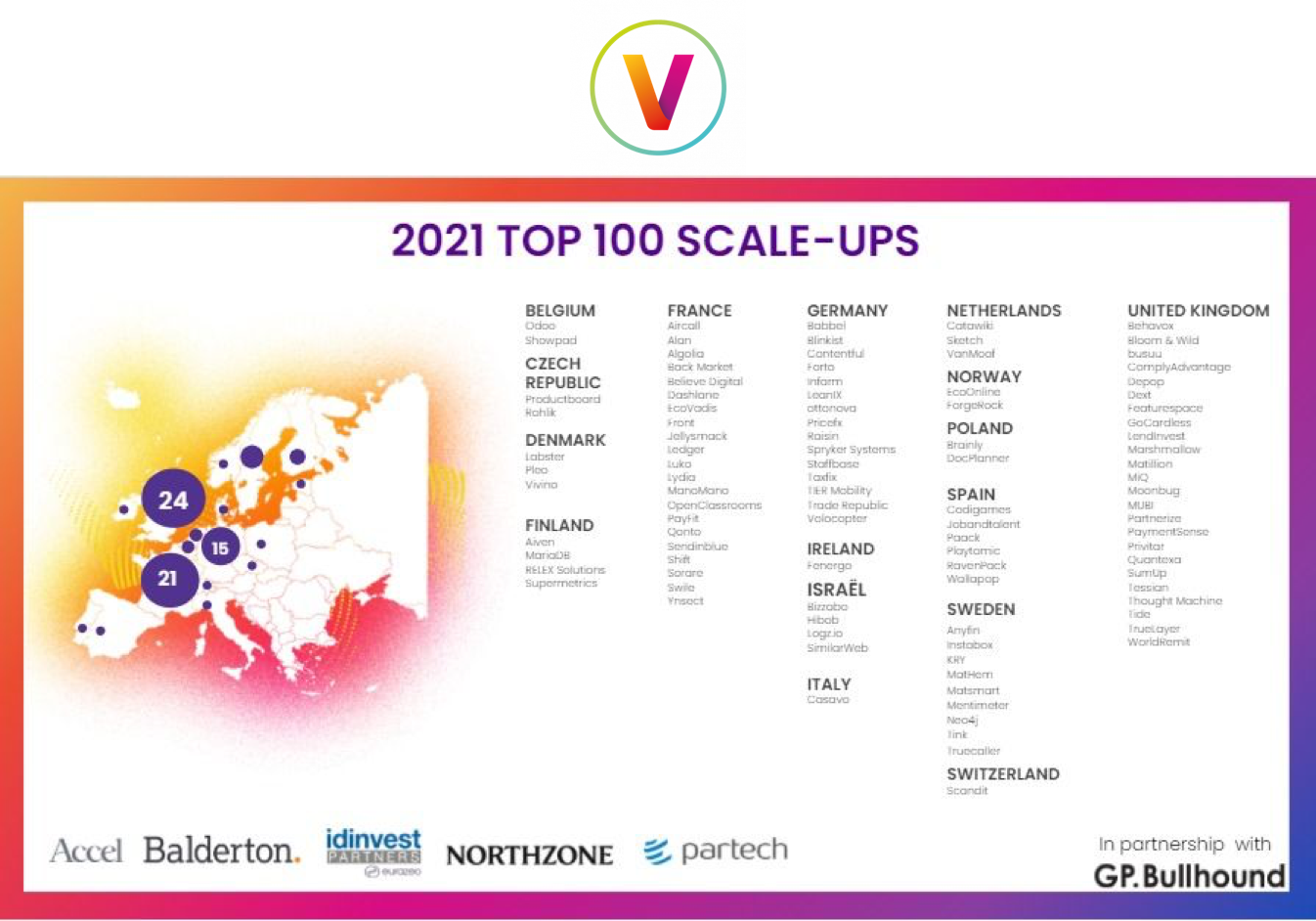 The selection criteria used are the current and potential growth of the companies, the amounts of fundraising, the number of employees and the capacity of their model to generate a positive impact for society.

We are doubly happy to read it ...

First of all because, out of the 16 nations in the ranking, France maintains its second position (21 companies), just behind the United Kingdom (24) - with which it is closing the gap - and well ahead of Germany (15). 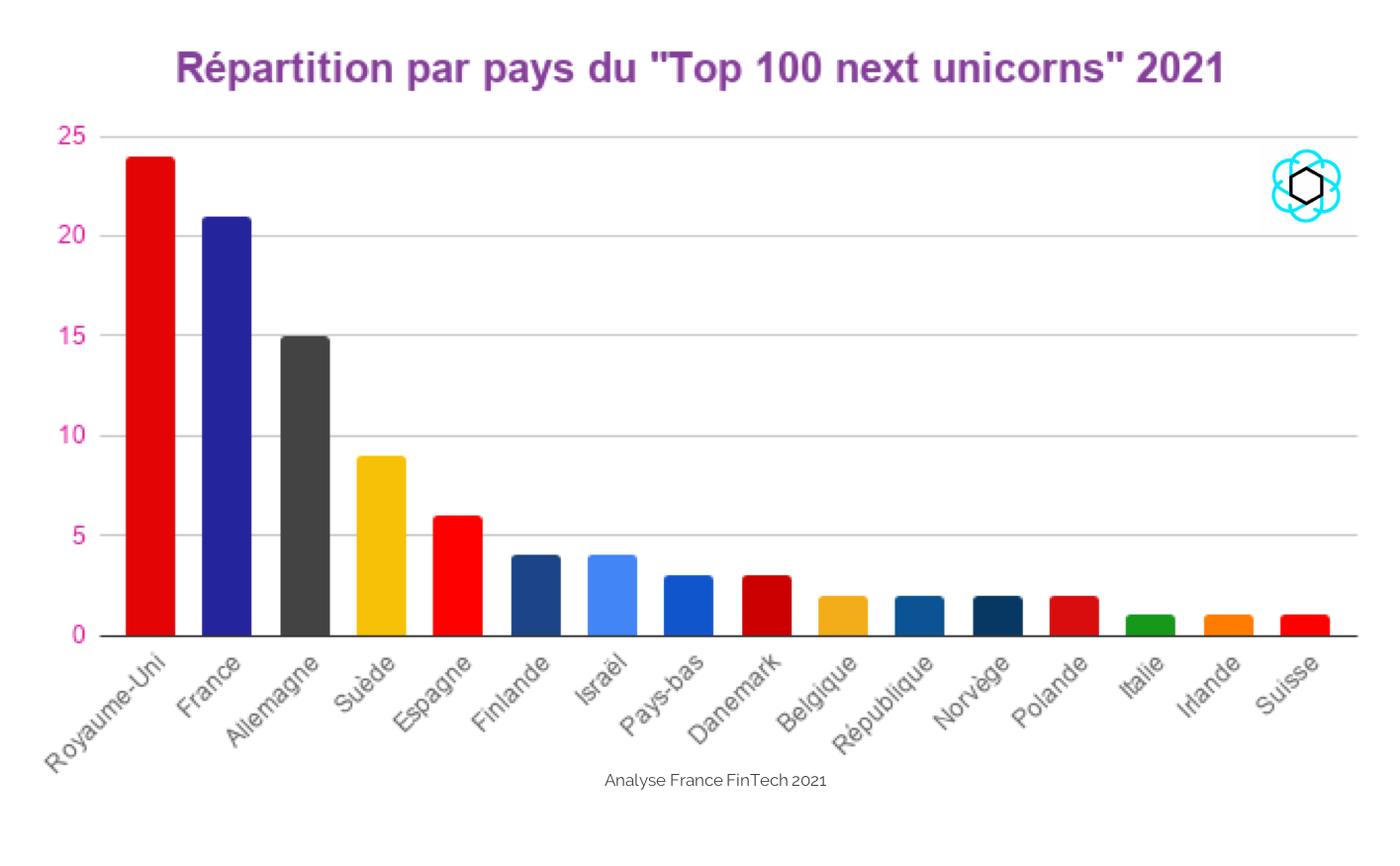 This excellent performance reveals the work accomplished in recent years in France to develop the digital economy, the attractiveness and the exceptional pool of expertise of our country in this field. It should also be noted that this result reflects a faster growth rate than the European average.

But there is a second reason to be happy ...

If at European level, the software and cloud sectors are the most represented, followed by fintech then e-commerce, fintechs are at the top of the French ranking. Alan, Ledger (entrance), Luko (entrance), Lydia, Payfit, Qonto, Shift Technology, Swile: 8 of the 21 tricolor scale-ups featured in the “Top 100 next unicorns”Are fintech, representing nearly 40% of the selection. 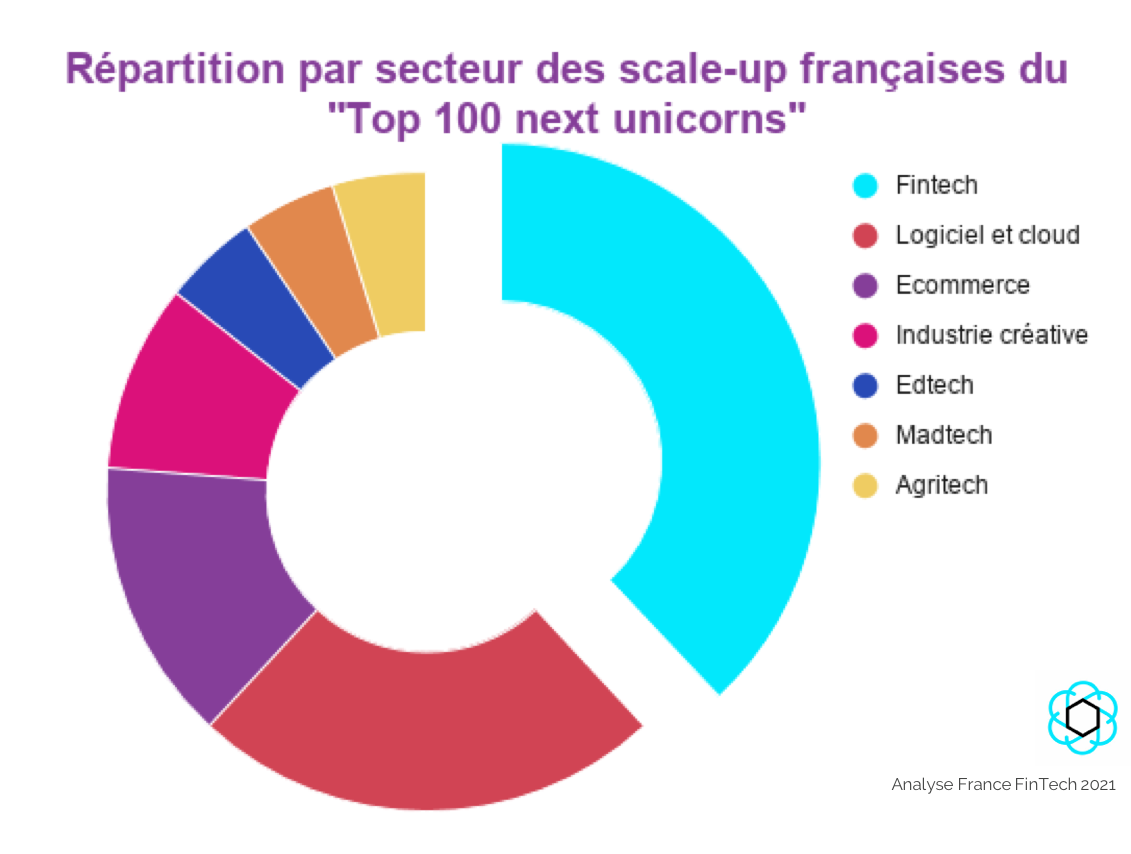 This strong presence of our sector in the ranking echoes its place in the index Next40 (first sector) and FrenchTech120 (second) confirming his good health and rapid growth. (The fintech sector in a good position in the French Tech 120 and the Next 40)
The latter has also resulted in a sharp increase in the amounts raised in 2020 (€ 828,2 million) or + 18,5%, a performance all the more remarkable given that at the same time the European average was -8,5%. The trend seems to be confirmed in 2021 with an amount raised in the first quarter (€ 383,2m) equivalent to 46,2% of the 2020 total (Barometers)

The French fintech ecosystem is currently experiencing a strong acceleration and should offer us several new unicorns in the coming months.
France is perfectly capable of creating world-class champions, as developed Maurice Levy during the last edition of our annual Fintech R: evolution Beyønd frontiers event: # FFT20: [Master Stage] How to create a world champion from France