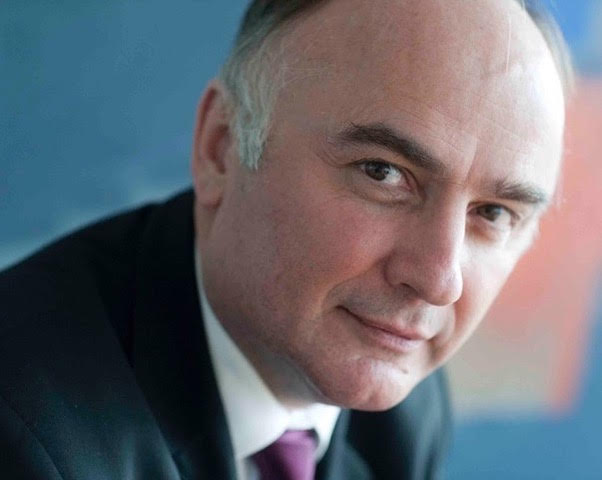 "During the 'Trente glorieuses', the financial services industry was structured within a triple-entry matrix: customer segmentation (individuals, professionals, companies), 'verticals' of trades and specialties (financing, investments, services) and finally a geographical approach (by country or even by region). All with a very proprietary approach in terms of skills and products. This matrix has enabled the major players to achieve productivity and specialization gains, while reaching critical size in each pocket.

But becoming more and more complex, it ended up generating high structural costs and complexity penalizing both the operators and the customers themselves.

Innovative financial services and societal changes are fundamentally changing the classic pattern on all three axes.

The linear mode “40 years of salaried employment with the same employer” is being diluted in increasingly composite paths. Millennials (or “generation Y”) will be, in their professional life, alternately or at the same time employees, entrepreneurs, freelancers, even inactive for - one can hope - short periods of transition.

They will therefore be an extremely fluid matter when it comes to their segmentation. Moreover, they no longer accept not to be understood in their entirety (individuals-entrepreneurs). They must therefore, from an operational point of view, be considered as a whole (professional and private life).

Traditional financial professions are also seeing their borders become more and more porous: SMEs finance themselves with market techniques, crowdfunding is both a loan and investment service, bankers have become insurers and vice and versa, etc. Generally speaking, so-called “disruptive” actors are particularly interested in interstitial spaces, in the mixtures of genres and specialties. This applies to both financial techniques and technologies (cognitive science and neuroscience, behavioral finance, etc.).

The new finance transcends national borders. Classical finance is essentially domestic. For reasons relating to regulation, taxation and above all culture, consumption patterns have so far been different from country to country. In fact, there are no “factories” common to the various retail banking markets, not even within the European Union. FinTech, focused on digital uses and user experience, tends to create generic global models (payments between individuals, crowdfunding, etc.). It is developing very widely internationally from a central platform. More than half of France FinTech members have a presence in more than one country and three quarters have an international development project within twelve months.

This general hybridization also applies to the actors themselves. The fintechs are very largely integrators of various skills, not hesitating, to compose their offer, to seek the ingredients from other categories of producers (banks, insurers, technology companies, other fintechs, including competitors) . Fintech are sometimes even a kind of outsourced R&D for all kinds of companies.

This trend is all the more striking since, in this second era of innovative finance, fintechs, initially focused on a given service, a vertical, are increasingly transformed into diversified platforms, into veritable neo-banks (and neo-banks). -insurers).

The capacity of players to exchange skills is constantly increasing as the “open banking” models are deployed and the application programming interfaces (“API”) become more common. know how.

More generally, the borders of the banking system are pushed in on all sides. Bill Gates basically said in 1994 that the world needed banks, not bankers. Rather radical formulation - I do not think the banks will disappear - and in any case a little premature. However, new consumers, especially younger ones, are increasingly decoupling banking services from their traditional providers. Telecom operators, mass distribution and of course fintech are now invited into the debate. The last comers, GAFAM and other BATX are undoubtedly the most dangerous for the title holders.

In short, the bank is leaving the bank ...

The same is true of distribution, an area in which the greatest plasticity prevails. White label distribution agreements, B2B, B2B2C, etc.

A melting pot of talents

Finally, the most striking decompartmentalization that characterizes the world of fintech is that of talent.

Their ecosystem is the product of the fruitful confrontation of the worlds of finance and technology, not to mention regulation. It is also that of the “melting pot” of countless geographical and cultural origins that we find in most of our start-ups. In order not to sink into a blissful angelism, let us stress that, if this dynamic is productive, it is not easy to regulate. We should also mention that the balance conferred by diversity is far from being achieved, since the share of founders in our sector is only 10%., which is frankly problematic.

This “great decompartmentalization” of territories, skills, clienteles is not specific to the banking and insurance sector. It is gradually breaking down and reshaping all the compartments of economic, cultural and social activity.

But it is particularly acute in financial services: this profession is very old, its players strongly established in the social landscape, custodians of public confidence for centuries. They impact, by financing them, all the other sectors, which associates them intimately with the concept of sovereignty.

This problematic, oh so central, will be the common thread of “FinTech R: Evolution” which will take place on next Thursday, October 25 at Station F. »