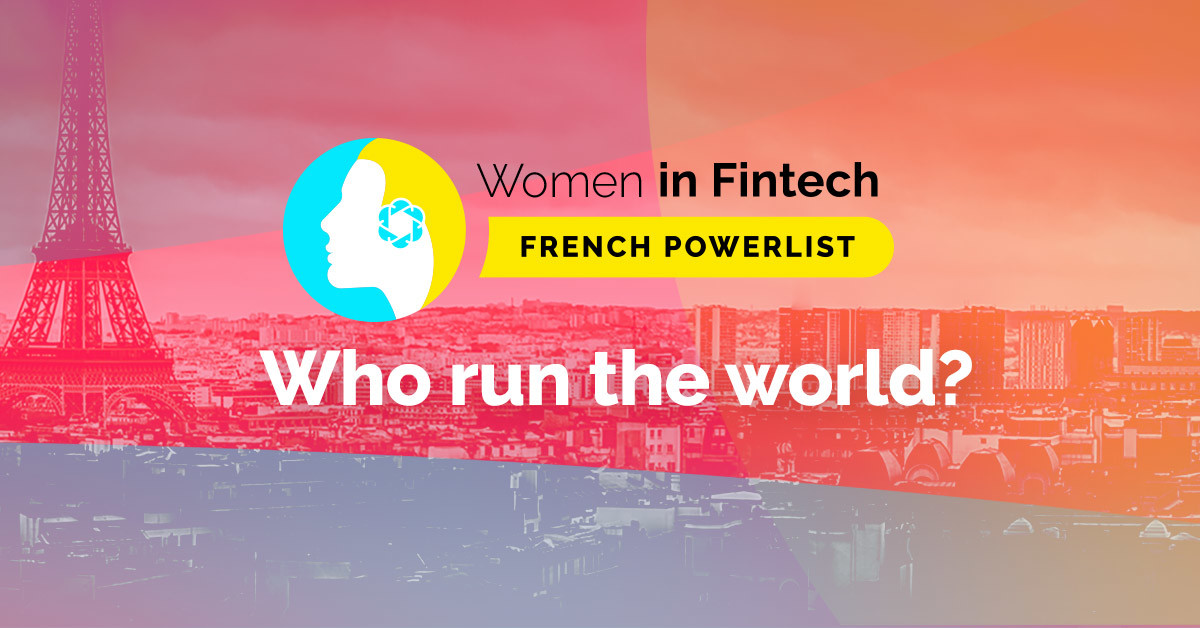 On April 10, 2018, at Station F, France Fintech will bring together the main players in Fintech: regulators, entrepreneurs, investors. This is the unique opportunity to listen and discuss with those who will be part of the revolution that has affected the financial industry for 5 years.

In 2017, 31% of French FinTech teams were made up of women (1); an encouraging figure, but the glass ceiling is still difficult to pierce. In Europe, only 5% of fintech leaders are women.

A finding similar to that achieved in many high-tech sectors and probably linked to the very origins of our sector; Double penalty for FinTech since it inherits the shortcomings of the finance and tech sectors.

But we believe that this is not inevitable and many are working to change this situation, in particular by strengthening our vigilance with regard to the representation and promotion of women, within our organizations and our events.

FinTech: a voluntary sector in terms of gender equality

In a few years, I have been able to observe a subtle but very real evolution of the environment. Fintech recruitment is becoming more feminine, from management positions to development professions, including financial engineering.

In fact, in 2012, when I joined Advize, we were not more than ten women working in this emerging sector. In 2015 when France FinTech was created, the data was hardly more encouraging. But several founders involved encouraged us to reveal ourselves, to organize ourselves and participate with us in the promotion of the sector, especially among the younger generations. Standing wind; but the numbers remained rather low and the profiles rare.

As mentioned in the preamble, a probable explanation lies a priori at the origins of our industry. But certain persistent factors are helping to slow down a favorable development.

In banking, almost a third of men do not declare diversity as a factor of growth and value creation, even though almost half of women managers consider that they are not treated on an equal footing with their male colleagues. (2). Concerning observation!

However, in a few years, many initiatives have raised collective awareness and aroused real interest in our sector. Were or are so many encouraging and impacting signals, as well the action of organizations like. StartHer, Financi'elles, Digital Women's Day, Never Without Her [•••], institutional support (La French Tech, in particular and the Government) or media, and the emergence of emblematic figures such as Aurélie Jean, Céline Lazorthes, Roxanne Varza, Axelle Lemaire's commitment to our sector, the feminization of general management of banks with profiles such as Marie Cheval, Alice Holzman, Anne-Laure Navéos, Amélie Oudéa Castera (whom those I did not mention forgive me).

The feminization of the sector requires not only real commitment but also strong communication. From the first edition of Fintech R: Evolution in May 2016, we had ensured a balance of representations in the constitution of our program, thus obtaining the label Never without her. A beginning !

The task is still immense. The proof is in the many stereotypes listed and often spotted by chance, in the course of my exchanges, discussions or browsing on the web;

So to make the system evolve, we have to propose initiatives capable of federating positive synergies. Not a classification, too divisive; no, women already have difficulty putting themselves forward. We must build projects capable of carrying them; spotlighting intended to make known the essential role that they occupy, it is first necessary to identify the female talents who work for the development of the finance of tomorrow. When it comes to fintech, we have to roll up our sleeves.

Women in FinTech • The French Power List contributes to this movement

Discover the Women in FinTech • The French Power List

It is the first step in a program that will help spark new vocations, encourage women to embark on this path for the future, and bring together female talents in fintech.

Whether they are entrepreneurs, managers, researchers or journalists, whether they are working within a start-up, a bank, a consulting firm, a technological group, an association, a governmental or political organization, in France or abroad, these women work for the development of the fintech sector and participate in the influence of our ecosystem.

We are extremely proud that this first call for a census was so successful and amazed by the diversity and richness of the profiles we were able to collect; all functions are shown. The fintech sector is becoming more feminine and faster than you might think.

As such, second pride; the 2018 program of Fintech R: Evolution, the annual event of France FinTech, will involve many women on the theme of Data Liberation !. We are even delighted to see a predominance of female representation on some of our round tables! There is still time to book your ticket to come and meet them and listen to them at Station F, on April 10 during Data Liberation! Join us !

French fintech is proud of its feminine faces. Sign of success; the ranks of the power list grow every day and it will be updated every month. Its constitution is an essential step for fintech to join the front ranks of the professional equality movement.

To do this, we need to all work together; So, Gentlemen, we invite you to share our initiative without moderation and to encourage those around you to disseminate it widely. Ladies, join the movement and make yourself known, French fintech needs you!

(2) Financial consultation 2017 (with 11 groups: “More than 2/3 of men now consider that gender diversity is a factor of growth and value creation as well as sustainability and long-term vision.”

This article is part of a series of posts published as part of the annual event organized by France Fintech: Fintech R: Evolution 2018, which will take place on April 10 at Station Fin Paris, on the theme “Data Liberation”. To share, comment and like on LinkedIn with the hashtag # FFT18.