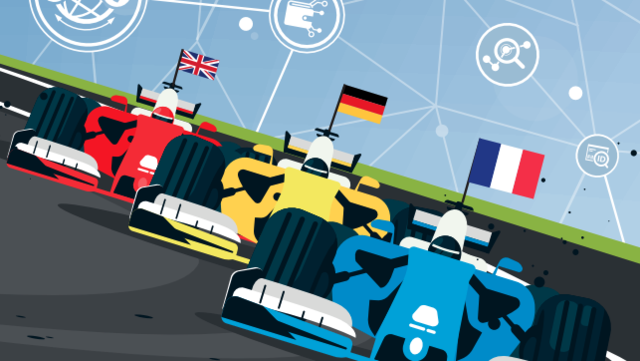 “Driven by the wave of digitization born of the Covid-19 pandemic, French fintechs have experienced very strong development over the past fifteen months. The tricolor ecosystem now has the assets to establish itself as the most important in continental Europe, ahead of Germany. Provided, however, that some of its shortcomings are filled in advance.

New record ! Last December, the French neobank Lydia raised, in two “rounds”, the highest amount in the history of French Fintech: 112 million euros. A round of funding slightly higher than those of Qonto and Dataiku which, a few months earlier, had distinguished themselves by collecting respectively 104 million and 100 million euros. These three emblematic operations brought these start-ups into the still restricted circle of tricolor unicorns, these nuggets of French Tech valued at more than one billion euros. They have also largely contributed to the net increase in global funds raised in 2020 by French fintechs, which today cover a wide variety of services, ranging from bank account management, payment processing and distribution financing, the marketing of savings and insurance products, and the provision of operational services to financial institutions and businesses. "Over the period, these start-ups raised 828 million euros, an amount up 18,5% over one year and the highest in their history," says Alain Clot, president of France Fintech. The average ticket for these tours came out, for its part, at 13,1 million euros, up 21%. This performance is all the more notable given that, at the same time, fundraising within the British and German ecosystems of innovative finance, the largest in Europe, contracted by 9% and 53% respectively in value. due to the Covid-19 pandemic, according to Innovate Finance and Exton Consulting. »