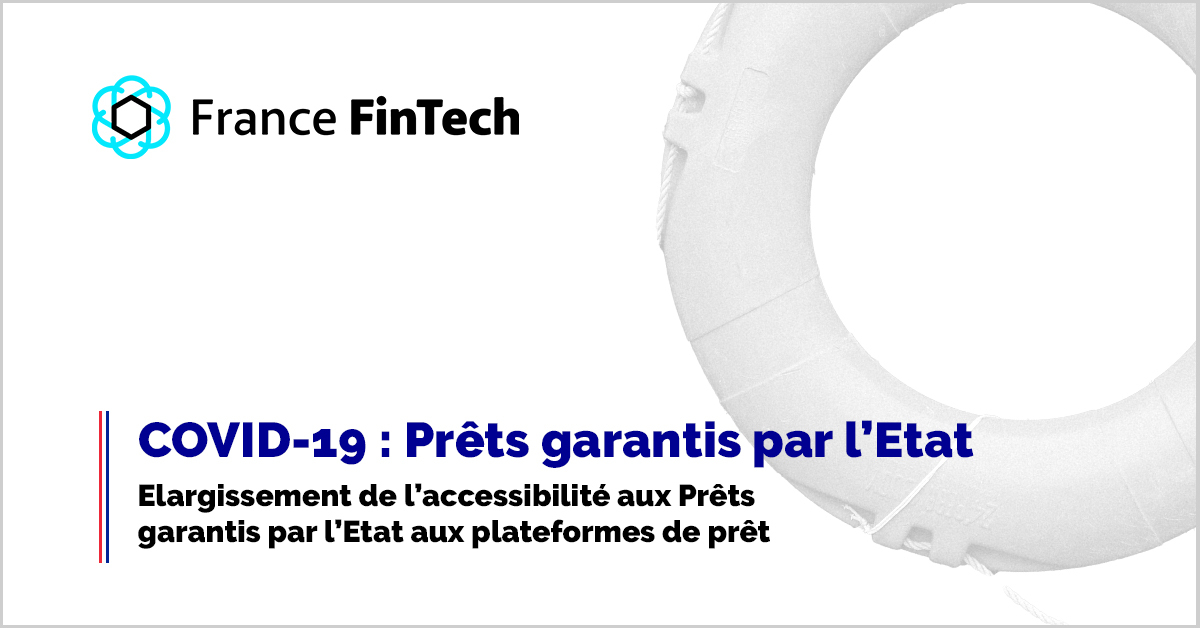 France FinTech, the professional association of French fintech, insurtech and regtech, and its community of entrepreneurs, welcome the vote in the Senate of a government amendment allowing the integration of crowdfunding platforms - " Crowdlending »- in the system of State Guaranteed Loans (PGE) to companies.

On March 18, the Government announced the implementation of measures to support the economy including deferral of tax and social charges, an extension of the partial unemployment scheme and guarantees of bank cash lines (Loans Guaranteed by the 'State) allowing companies to face the economic crisis resulting from the health crisis and containment. However, the State guarantee of 300 billion euros had so far only been granted to loans granted by banks and finance companies.

Although granting financing to companies, especially small and medium-sized ones, the platforms were therefore not in a position to provide EMPs to their VSE-SME clients, who are however very vulnerable.

France FinTech and its members have therefore alerted the Government to this situation and proposed that the French platforms, like their many European equivalents, should now be able to grant EMPs, which, it should be remembered, are granted without costs or margins.

A pioneer, France was the first European country to design in 2014 an appropriate regulatory framework for participatory finance activities - crowdfunding, crowdlending. These platforms have undergone continuous development, with around twenty active players in France today, making it possible to mobilize more than € 1 billion in loans for SMEs.

From the start of the health crisis, fintechs have taken many measures to help their individual and business customers cope with this unprecedented situation. For their part, the financing platforms immediately proceeded to rescheduling maturities and freezing capital repayments.

“The Minister of the Economy Bruno Le Maire has recognized the essential and innovative role of crowdlending platforms in financing the economy by allowing them to be able to distribute PGEs, particularly in this period of unprecedented crisis. This extension of EMPs to platforms is decisive for supporting SMEs that are suffering. Fintechs are resolutely engaged in this battle alongside banks.
comments Alain Clot, President of France FinTech

About France FinTech
Created in June 2015 on the initiative of entrepreneurs, France FinTech is a non-profit association whose mission is to promote excellence in the sector in France and abroad and to represent French FinTechs to public authorities, the regulator and the ecosystem. It brings together French fintech, insurance and regtech with the potential to become European or global leaders. All the players wishing to support this movement and be recognized as an integral part of the ecosystem have gathered around the start-ups: technology companies, investment funds, law and consulting firms, banks, insurers, industrial companies, public or associative entities, etc. The association is chaired by Alain Clot, and Kristen Charvin is its General Delegate. The Bureau brings together the founders of ANAXAGO, BANKIN, EPSOR, FLUO, LEDGER, LYDIA, OCTOBER, XAALYS, YOUNITED CREDIT.