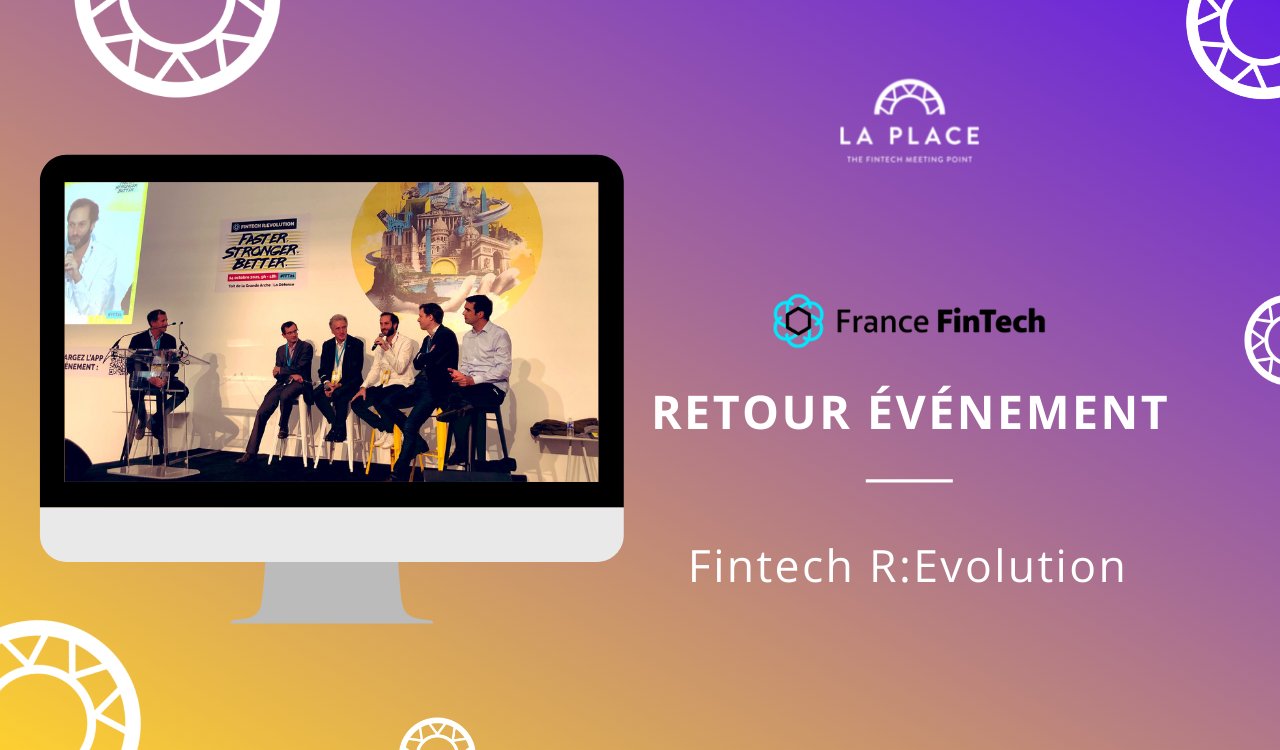 Right during French Fintech Week, which was held in Paris from October 8 to 15, France Fintech brought together French fintech entrepreneurs on the roof of the Grande Arche in La Défense on Thursday, October 14. This year, the theme was in three words: “Faster, Stronger, Better”. The change in size of the event, which moved from Station F to La Défense, perfectly illustrated the dynamism of fintech in France and internationally. A look back at some of the highlights of this edition.

As soon as you arrive on the Esplanade de la Défense, you can't help but look up at the Grande Arche. After an express rise, which is reminiscent of the acceleration of the amounts raised by French startups in recent years, we land on the roof of the building. The room is already bubbling, the finest fintech flower is active inside. Some network, others quickly join a conference that has just started, while the last listen to the space that sees successive pitches from entrepreneurs.

Chance and the geography of the place mean that you immediately find yourself in the Talents & Management room, which houses conferences led by entrepreneur and podcaster Matthieu Stefani. We talk about the recipe for creating your fintech with the founder of Swan, Nicolas Benady, and the co-founder of Anaxago, Caroline Lamaud Dupont, or even the media figure of the entrepreneur. How to make your voice heard in a press eager for success, quick to transform CEOs into gurus, without losing sight of your business objectives? Three media entrepreneurs, at the head of equally fintechs (IbanFirst, Shine and Seyna), came to share their experience at the microphone of the one who regularly gives them the floor, in his podcast "Generation Do It Yourself".

After having dissected the human factor common to all these entrepreneurial adventures, it is time to address the key subject of financing. It is on the Economy & Society stage that two of the most active VCs in France, one of the best-funded entrepreneurs, and the CEO of the Paris Stock Exchange will debate for almost an hour. Asked by Solenne Niedercorn-Desouches about what characterizes the escalation of financing in fintech, David Thevenon, General Partner of the London fund Balderton Capital, notes three aspects: the increase in the amounts raised by startups in the world and in Europe in particular , the growing number of mega-raisings (greater than 250 million euros), and a rapidly changing source of funds. While they came mainly from Europe before, the funds raised by fintechs now come from Asia and the United States. David Thevenon thus takes the example of American hedge funds such as Tiger Global or Coatue Management, which, more accustomed to operating on the public markets, now carefully observe the interesting returns on the private markets. When they invest in European startups, they deploy large amounts very quickly, and have the advantage of not being very active on the board of these startups. " These funds are looking for ROI and access to inside information in order to make more money in the public markets“, advances the General Partner of Balderton.

How about thinking about our future?